Science seems to be a lot farther from how we generally perceive it. It is a field that involves in the every field in our society but in the meantime slightly different from all of which we are capable of knowing. Things we use, for example, computers and cellphones, are products of science; the bottled water we drink, food we eat, are also the results of science. Hardly anything we live with is devoid of science. Each day we are enjoying the product of science and we might not appreciate it as we should, which is understandable because we are not able to perceive the actual step  of the experiment. Some very tiny things we live with might take thousands of experiments, that failed and were ran over and over again. Things we dismiss or even take for granted is based on serious proof and experiments conducted by the experimenter, who might for the whole life had only one contribution in the field.

As a result, even though we are heavily dependent on such technology, we are less likely to be exposed to the actual process for an experiment that leads to an important conclusion, and then finally turns theoretical knowledge into practice, which is into the economic benefits that we enjoy today. Experiments are less exposed to the public that the latter will sometimes bias the process, thinking it a way so easy that it deviates greatly from the origin. Although “the general public generally perceives science as a beneficial force in human affairs (Public perceptions of the connection between scientific research and social progress Bruce Lewenstein Cornell University, USA) ”, it is inevitable that there exists “an ever-growing gap between scientists and the general public that demands immediate repair (Courtney Nosach Ford Forum Paper, Science and the General Public: Bridging the Gap, The Importance of Scientific Teaching in the Community).” Recent studies have shown that there is a public interest in science, but there is a lack of public scientific knowledge . The integration of science into culture is crucial. The general public needs to be more scientifically literate. At the same time, scientists need to be able to communicate with the public.

It might be forgivable for the public to have bias toward the science. For several decades, we are exposed to the final result, which is brilliant and fantastic. The experimenter is depicted as good and impeccable, that everything he did was correct and the experiment was well designed and conducted. However, we are barely exposed to information concerning how they actually performed the research. The harshness and difficulties they experienced are depicted so much less frequently that most of us assume it to be of little painstaking and very relaxed, seemingly everyone is capable of being an experimenter. What we are often aware are sentences like “conducted by the X author and experimenter Y, the controlled experiments get rid of other aspects of disturbance and come up with the conclusion that the result is…; the general public might not have chances of viewing the actual experimental procedures, but the outcome is mostly displayed in ways like “by the experiment of group X, we have come up with an ingenuous conclusion that…; and after years of practicing and controlling and separating variables, the experiments finally come to a climax; as we simulated before by limiting variation in the experiment, the results turn out to be pretty amazing with the divergent outcomes…

“A scientific control is an experiment or observation designed to minimize the effects of variables other than the single independent variable, which increases the reliability of the results, often through a comparison between control measurements and the other measurements. For example, if we are going to test whether or not a fertilizer is functioning properly to increase the nutrient potential inside it, we might use two lands that are planting wheats and treat them differently, with one land using fertilizer and the other not. At the meantime, holding all other variables constant, which means equal to each other. Factors might include sunshine and moisture. After a certain time period we measure the difference in growth and nutrition condition. Since the only difference between these treatments are the usage of fertilizer, we are fairly  confident in coming up with the conclusion such as “the employment of fertilizer is the factor that leaders to better growth of wheat” (wikipedia)>”

Another example would be on the psychological analysis. Experiments are conducted to test if certain drugs function properly because of the placebo effect, which, in a broad sense, are “improvements in patients’ symptoms that are attributable to their participation in the therapeutic encounter, with its rituals, symbols, and interactions (The New England Journal of Medicine, Placebo Effects in Medicine, Ted J. Kaptchuk, and Franklin G. Miller, Ph.D.)”. Volunteers with insomnia are divided into 2 groups, with one of which receives actual treating medicine and the other placebo that is no different from the wheat powder. Both groups are told that it is the actual cure for insomnia and by taking it the illness will be fixed properly. Although what truly determine whether or not the problem will be set is the functioning medicine inside it, but the volunteers are implicitly receiving the information and they believe in the words those experimenters say, so despite the fact that the actual component is nothing but wheat, which is useless in treating the insomnia, the result of two groups turn to converge because both groups are, no matter whether or not the medicine function properly, psychologically implied towards the desired outcome.

Of course there are a lot more examples of controlled experiments. For decades we all assume that experiments conducted in such a way limit the variation toward only one factor, of which we attribute as the determinant in the difference of outcomes. However, such assumption cannot hold water for all the time. Assuming the controlled variable is water in an experiment designed to find the effect of water on the growth of a certain plant. That plant might be influenced independent on water, meaning that the amount of water does not influence the growth of that plant. However, with different amount of water as smoother, the soil displays different level of hardness, which is a factor that influences the growth of the plant because the root will experience difficulties when penetrating layers to absorb nutrition. Despite the experiment’s controlled factor being the amount of water, the actual determinant of it is actual the hardness of soil layers. But the experiment turns out to be directly related to water which is independent from the influences, such controlled experiments are highly misleading and the direction of research might go completely reverse.

The experiment might be poorly designed, and a lack of sufficient and mutual trust builds between the experimenters and the general public. As a result, such conversation cannot be even more frequently occurring in real life:  E: My experiment is devoid of any subjectivity and is therefore totally objective, and the procedures are conducted cautiously.

P: I am not a scientist and therefore not able to do the experiments. But I can choose not to admit your outcome.

E: Then well, believe or not, I claim the result to be objective as well as informative. 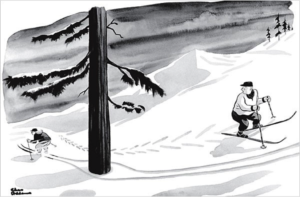 E: um, this result turns out to be a little bit lower than I originally calculated and estimated. I think my model for the result is perfect and impeccable and the actual result should correspond with the estimated one perfectly but… maybe there is amiss that I carelessly performed? Or maybe there is a number that I did not round to nearest? Or maybe some tiny point has been neglected? Although logically speaking I should maintain the result of what I have done but since it is less convincing though I am not sure if the original expectation is wrong but I am pretty sure I am good. Maybe there is variable that I controlled influenced other variables and thus create differences? Replacing the actual data with the theoretical one might be fine then. 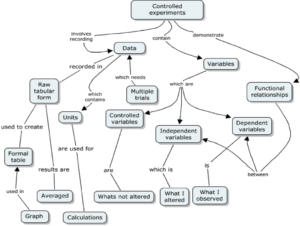 From the illustrations and discussions above, it is clear that the existence of misunderstanding between the public is widely prevalent. Despite the conflict inside the experiments and the public’s little awareness toward it, there is a very huge gap between them that needs to be filled out. In the end I am more than willing to offer some tips for lessening such gap: be more aware of the scientific research and the general steps so that one is more capable of knowing whether or not the result is objective or subjective, view and get in touch with these facts more frequent in a daily base so that everyone has a minimum of background information and ability in judging, and observe more examples from life and think more on this topic. There are hundreds of thousands paths leading to the match between what experiment really does and the general perception towards it. There is still a long way to go, but is promising and hopeful.