Beginning your Archival Adventure: This module is intended as an introduction to reading and thinking through archival sources. You do not need any previous background on colonial history, archives, or Zapotec language. You simply need a curiosity for the past!

Colonial documents are often hard to decipher… and I am not simply talking about the handwriting. Both what information these texts include and how they choose to convey it can leave contemporary readers confused. This module is an introduction to Colonial Zapotec documents and how to approach them.

Colonial texts can feel intimidating, especially if you know little about the time and place in which they were produced. Don’t be scared! One of the goals of Ticha is to make these sources more accessible. And “access” means so much more than having a high-resolution image of the document; it means being able to engage with the content, language, and structure of the text. 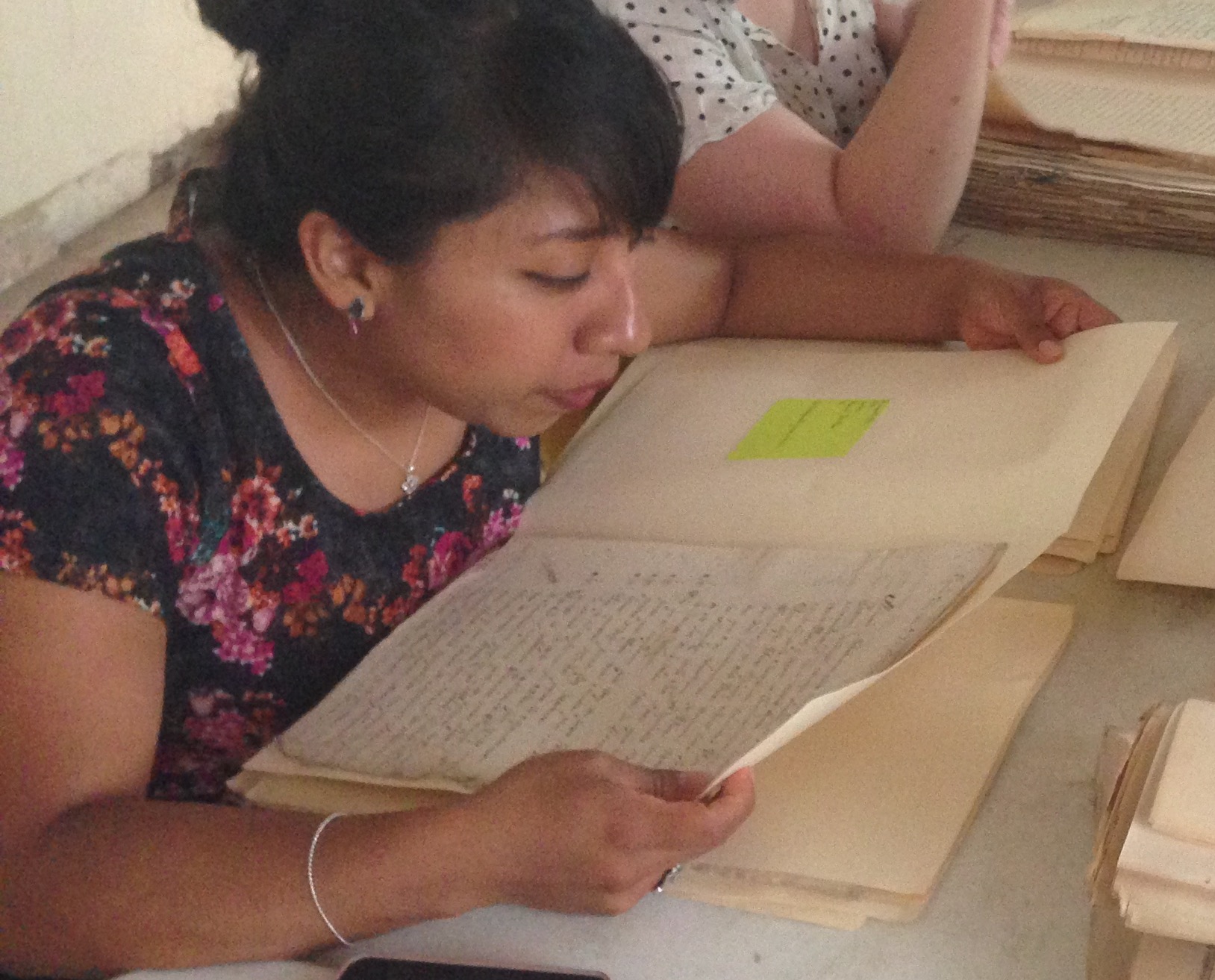 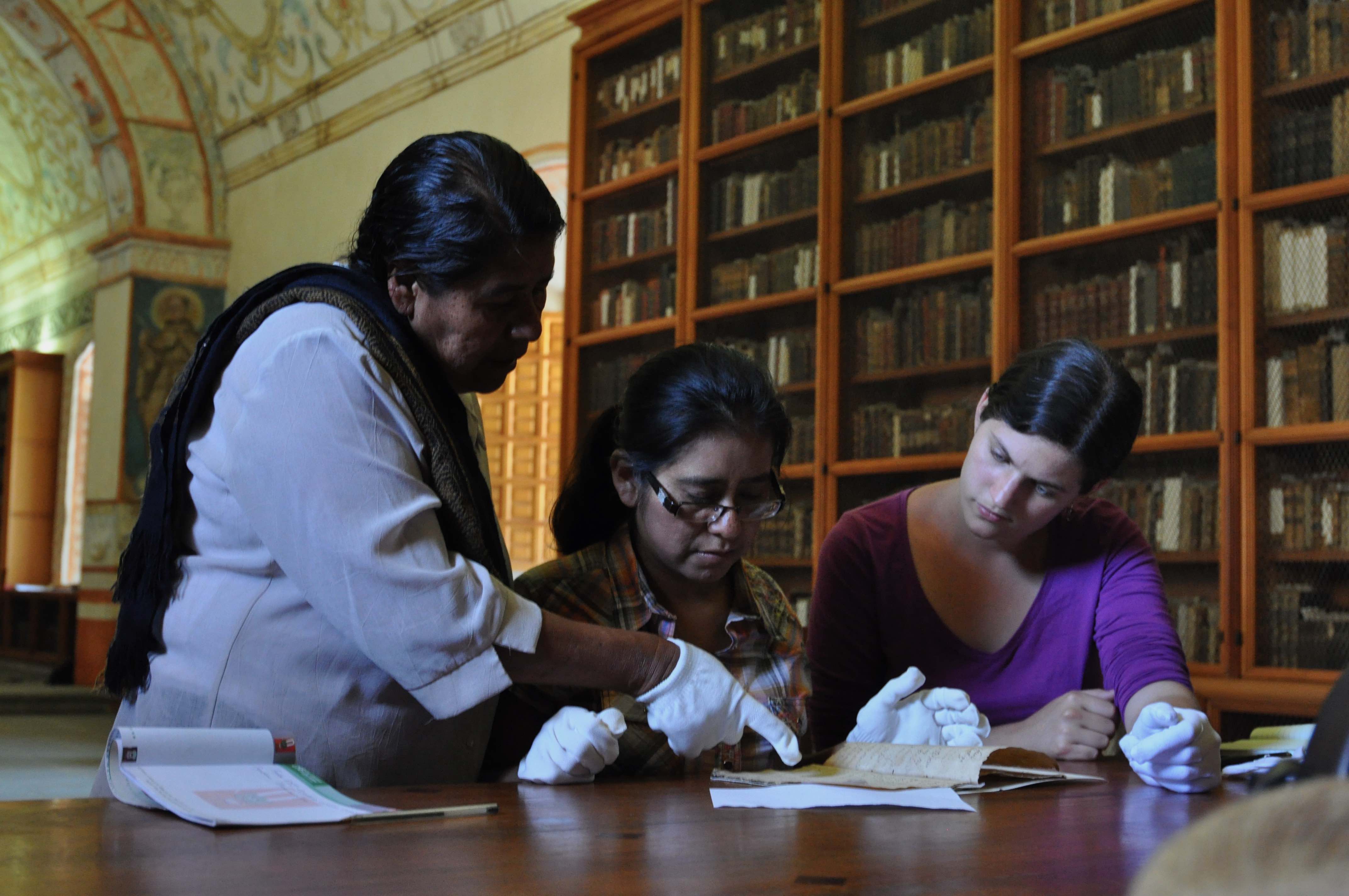 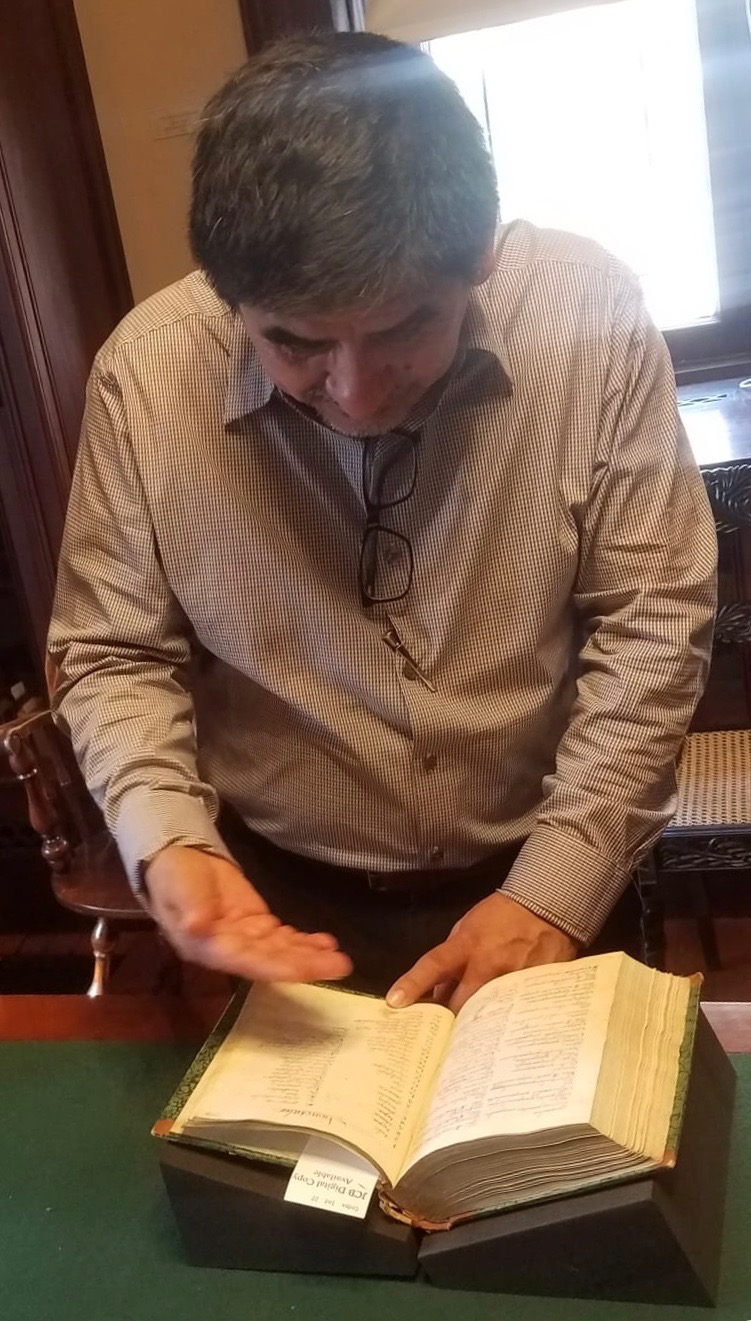 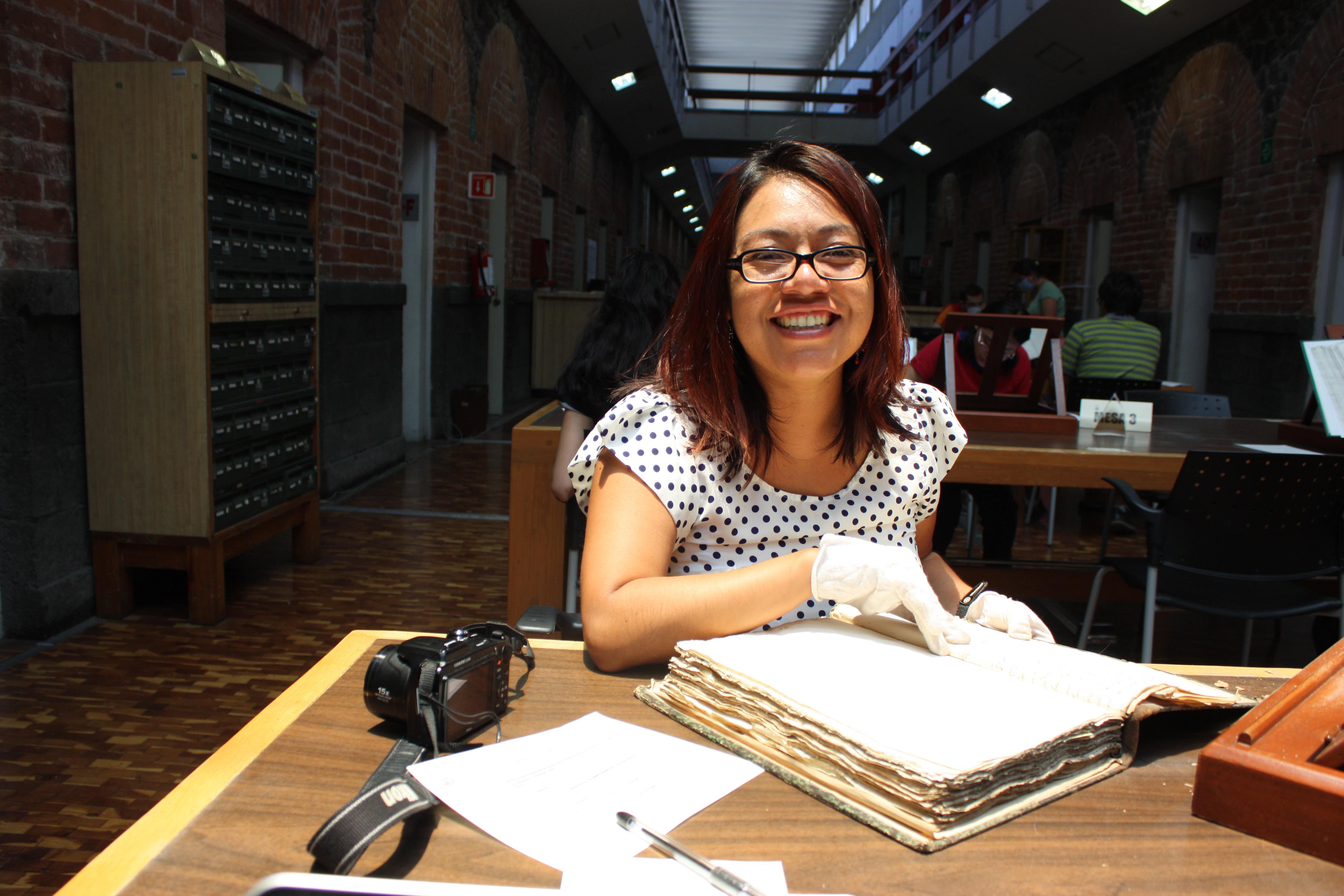 The documents discussed in this section are considered primary sources.

Primary sources are original records or objects of the political, economic, intellectual, religious, artistic, and scientific thoughts of specific peoples and places. They provide firsthand accounts from people who experienced or witnessed particular events. Primary sources matter because they provide you with direct access to the past; they expose you to different perspectives and ideas, and they help you create a personal connection to a time and place that may be long gone.

When you think of a “colonial document”, what images come mind? Who are the authors of the colonial texts you know? What do these authors have in common?

But many of the primary documents presented on Ticha offer a different perspective. They show that other types of voices were recorded and preserved. The colonial documents in Zapotec, by Zapotec people, and about Zapotec concerns challenge various troubling assumptions. First, they reveal that Spanish officials were not the only ones writing things down. Zapotec people were active and prolific writers. Second, they show that Zapotec people were writing to each other and for each other. These colonial Zapotec texts made under the ever watchful eye of Spanish authority were also intended for an Indigenous audience. And third, they show that there are many unique primary sources about Native people. These Zapotec documents include wills, bills of sales, complaints, and even receipts. They provide a peek into the everyday struggles of Zapotec people. (To learn more about exploring Zapotec history and agency in colonial documents, see The Written and Intellectual Legacy of the Zapotecs.)

Colonial documents can typically be found in archives. Archives are institutions-founded, funded, and run by the state or private entities—that help preserve documents and objects. Colonial Zapotec documents are scattered in many different archives: the Archivo General de Indias (Archive of the Indies) in Sevilla, the Archivo General de la Nación in México City, the Archivo Histórico de Notarias del Estado de Oaxaca, México, in municipal and parochial repositories, as well as other archives in the United States. Many Colonial Zapotec documents are thus housed in institutions far away from the communities and spaces that produced them.

Why does that matter? One answer has to do with context. Most of the primary sources that have survived about and by Zapotec people are removed from their context. When you find a colonial document in Zapotec either in the archive or on Ticha you should ask: How did this document get here? Why is this one preserved?

For example, look at the 1726 bill of sale from Santo Domingo Etla, in which Antonio Gonzáles and Rosa Nunes sell their plot of land to Don Antonio de Zelis and Christina de Chávez: https://ticha.haverford.edu/en/texts/SDE726/

This bill of sale is fairly standard. It was not for a particularly large tract of land nor did it involve prominent individuals. So why did Spanish officials feel the need record and preserve this transaction?

Think: why do states keep records of home sales?

Can you find other bills of sale on the Ticha site? What information can you quickly glean from these documents?

(If you’re having trouble finding documents on the site, read Section 4 of the chapter on Ticha.)

These documents helped in the operation and functioning of the Spanish state. Many of these sources exist because they were translated into Spanish and entered as evidence in court cases, usually regarding property rights. In their very preservation, these bills of sale offer evidence that Zapotec people and their economic decisions had an impact on Spanish rule.

On the Ticha site, Zapotec texts are accompanied by . Metadata contains critical information about the document you are about to read. Think of the metadata as your guide through the document, much like a table of contents offers a guide into a book. The metadata section contains foundational information about the text. The metadata often lets you answer classic “W” questions all historians (or those trying to read a historical document) must pose: Who, What, Where, When, and Why.

Return to Bill of Sale from Santo Domingo Etla, 1726 (https://ticha.haverford.edu/en/texts/SDE726/). Just looking at the metadata for this source, answer the five “W” questions.

You have access to a great deal of information before you even begin trying to decipher colonial handwriting! Don’t skip this step, it will help you make sense of the source you are reading.

Note: not all documents have such robust metadata. But most documents are part of collections that have finding aids, an organization archival tool that contains specific information about a collection of records within an archive. After all, digitization of documents is a fairly new archival intervention. There is still much work to be done in improving access to these centuries old texts!

Now that you know a little about the document, let’s start reading it.

Let’s use another bill of sale as a case study- a 1740 bill of sale from Oaxaca de Juárez, 1740: https://ticha.haverford.edu/en/texts/An740/. This document exists both in Zapotec and in Spanish. Even if you don’t speak or read either language you can tell some important differences between the texts. Like many translated texts, the Spanish version (https://ticha.haverford.edu/en/texts/An740T/) contains an introductory remark by the interpreter, separated from the rest of the text by a black line drawn by the translator (as seen in Figure 1 below).

The translators of the texts often identified themselves, listed their name, rank, and background and swore an oath that the information they had translated was correct. Why do you think this information is included? What do you think the role of interpreters was?

Now we move to the text itself. This bill of sale contains information about the land being sold, its measurements, its history of ownership, and the amount paid.

Look at either the Zapotec or Spanish versions of the Bill of Sale from Oaxaca de Juárez, 1740. Try to briefly summarize the content of the document in one to two sentences. Then find sections or quotes within the text that support your summary. Finally, think about what this document tells you about life at this time. Note, for example, that both men and women are included in the discussion of land sale.

Now look over the summary you have made. Did you include Native actors? Are the Zapotec buyers and sellers playing an active role in your summary or are they playing a passive role? Many times when summarizing colonial documents we inadvertently echo the colonial language of text. In other words, even though we are summarizing a text about a land sale between two Indigenous actors, we remove them from the story. There is a big difference between a summary that reads:

This is a bill of sale in the Spanish archive which records the activities of Zapotec people.

And one that reads

Bartholomé Ezperanza and his wife Antonia María sold his brother Felipe Ezperanza a piece of land.

Both summaries contain correct information, but the former one emphasizes the colonial archive and the latter centers the actions of Native people.

To conduct robust historical analysis, it is important to corroborate your findings. Scan the other bills of sale that you found in Exercise 3.2. What connections can you draw between the document you summarized and other sources from the site or that you have encountered previously? How do these additional pieces of information help you understand the information and perspectives in the Bill of Sale from Oaxaca de Juárez, 1740?

The Ticha site gives you access to many Colonial Zapotec documents, but it is far from a complete archive. For example, Ticha lets you see a bill of sale, but it does not give you access to the many pages of the court cases in which that bill of sale was discussed, produced, and preserved. In other words, Ticha gives you only a small snapshot of a much larger colonial repository. It does, however, give you access to the exciting, complicated, and vibrant colonial Zapotec world. Ticha gives you the tools to begin exploring the stories that are there and those that are not. You have a role and a voice in shaping the histories we forge about the colonial past.

Consulting manuscripts on Ticha is not the same experience as consulting them in an archive. Consider the following questions:

As promised, here are more photos of archival work in practice! All of the people here are working with Colonial Valley Zapotec texts: some in archives, some in classrooms, and some online. What will archival work look like for you? 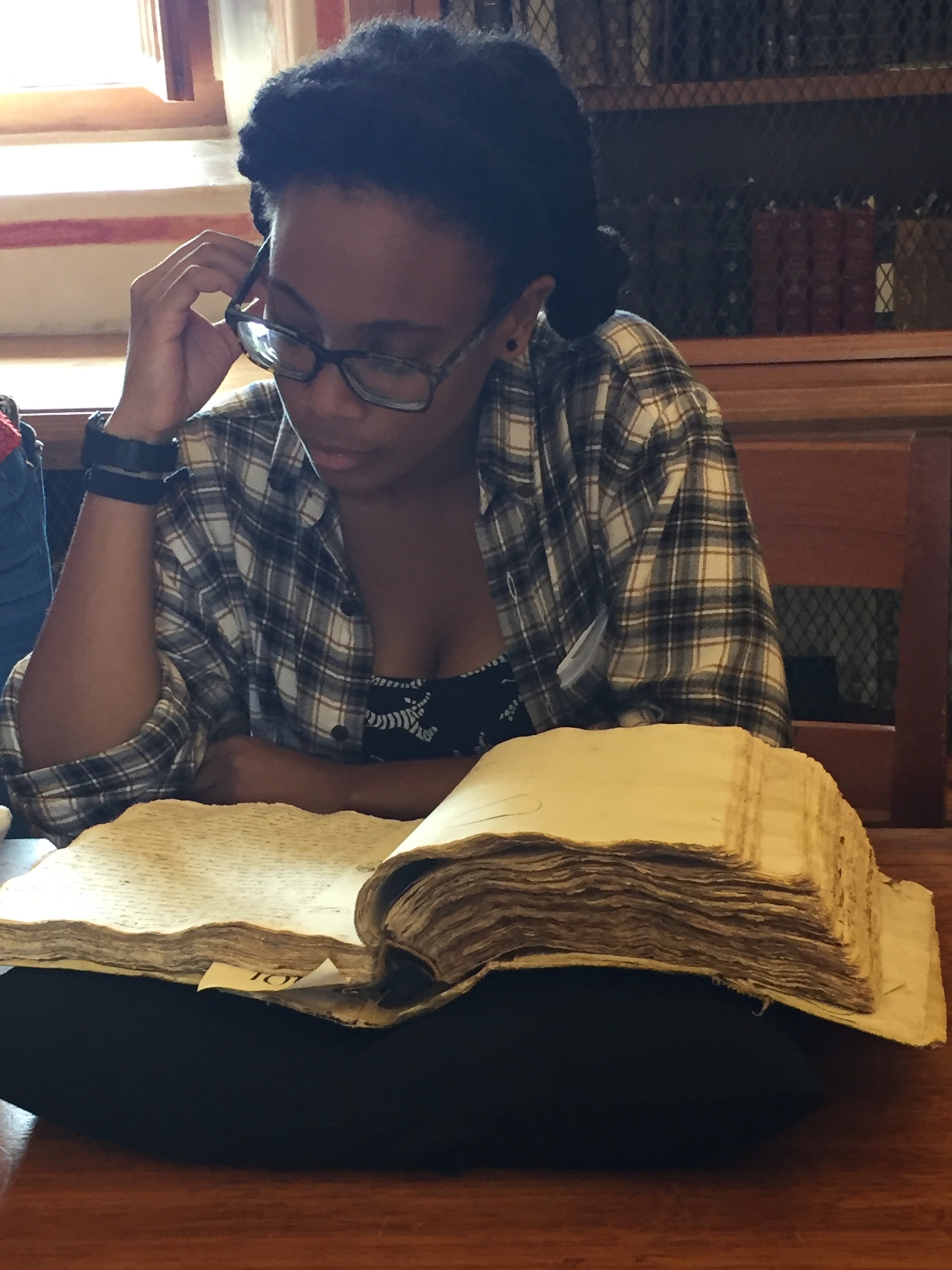 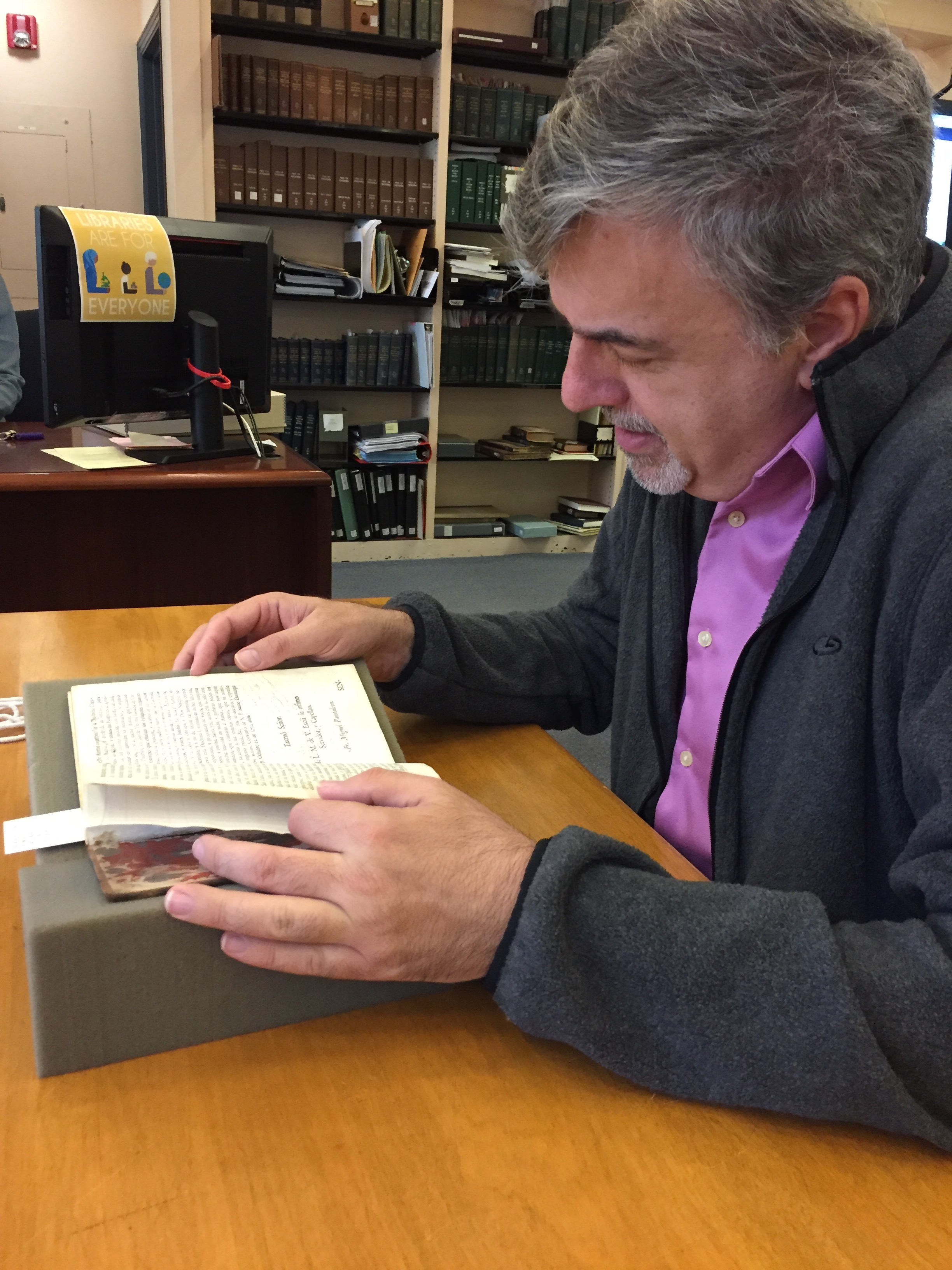 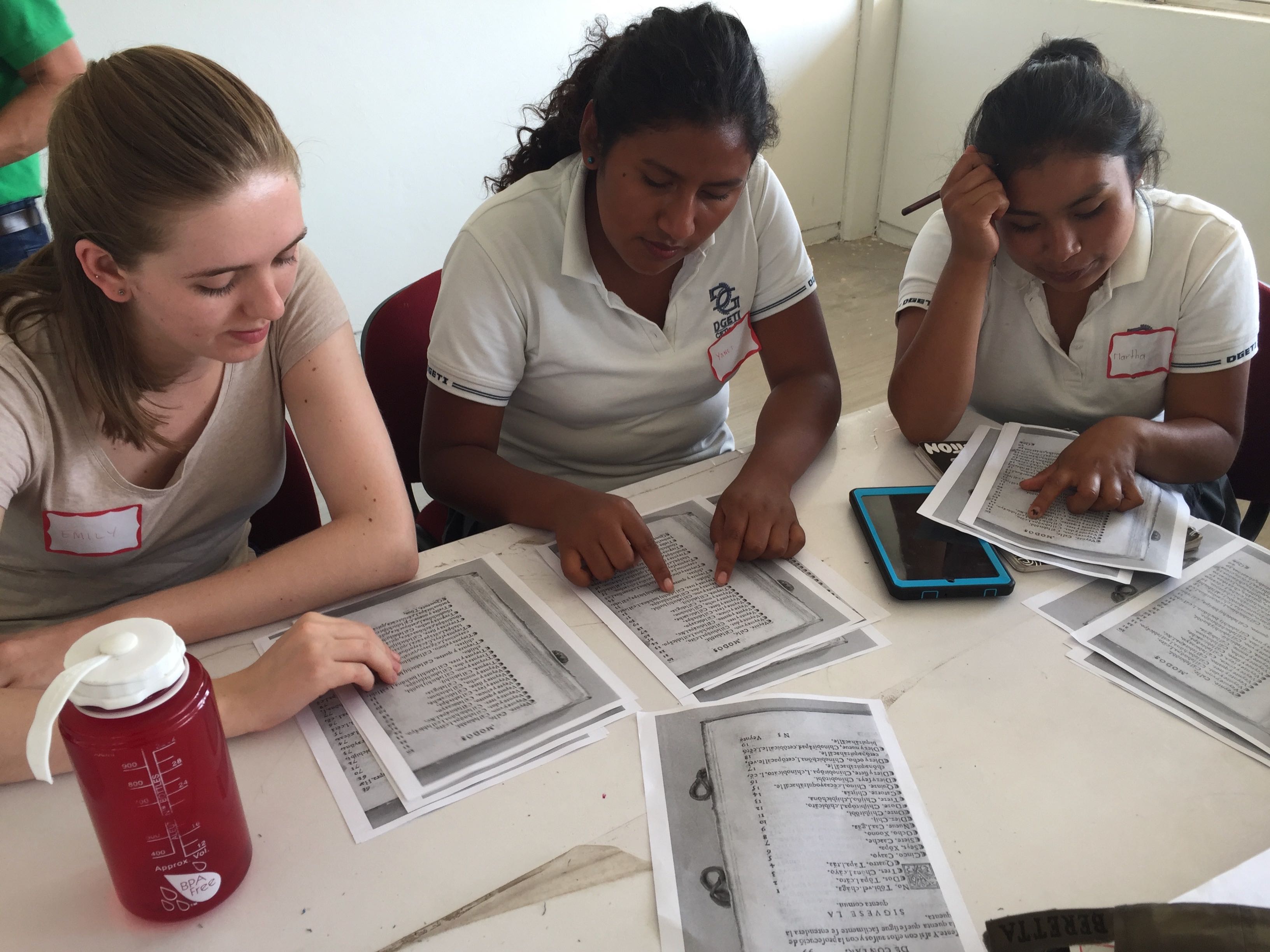 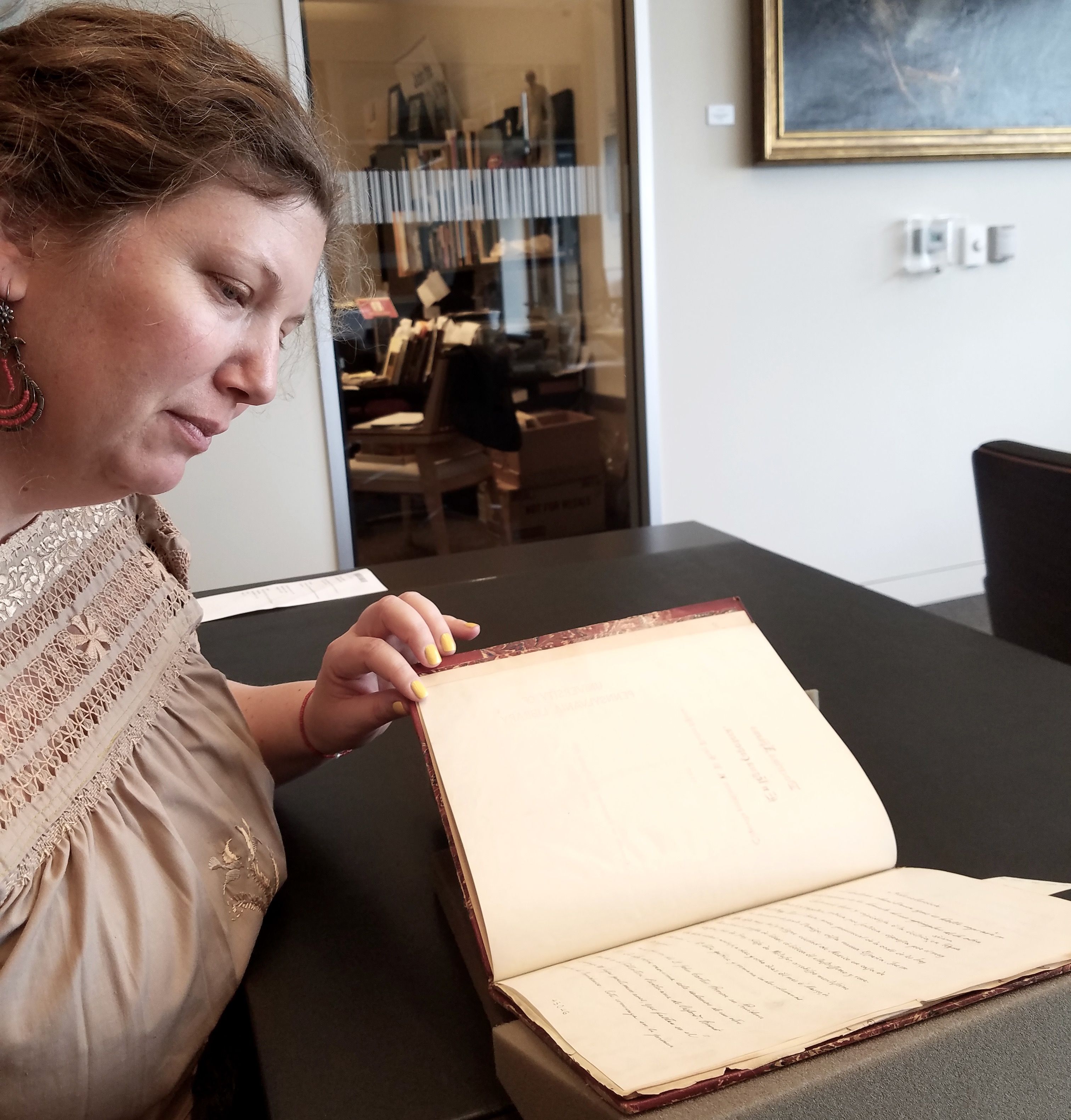 Brook Danielle Lillehaugen in the University of Pennsylvania Special Collections