Among the most important and widely used analytical tools in science and engineering are differential equations. A branch of calculus, these equations give us the power to predict the behavior of moving objects, like sailboats or airplanes, or of intangible forces, like gravity and current, by relating them to certain variables. The sound of a plucked violin string, the sway of a bridge in the wind, the flight of a rocket into space, the behavior of electricity in a power grid – all of these can be translated into differential equations. Much of our knowledge of the nature of light, sound, heat, atomic structure, as well as other phenomena, natural and artificial, derives from these equations, which used to be extremely difficult to solve. In fact, the effort to solve them led directly to the invention of the computer.

You can attack these equations in two ways: numerically, with figures representing the variables in question, or graphically, with waves or curves drawn on paper taking the place of numbers. When they have only one variable, they are easy to figure out, but their difficulty increases dramatically as the number of variables rises; the more complicated equations may take a team of engineers or scientists months to complete, and the answers may be full of errors. Beginning in 1814, when differential calculus was in its infancy, all sorts of clever little gadgets were devised to help scientists work with the equations. These strange-looking devices, which were made of cylinders, discs, and globes, and had such multisyllabic names as planimeters and linear integrators, could be used to draw the solutions to simple differential equations and other problems.

In the 1870s, the great British mathematician and physicist William Thomson, first Baron Kelvin (1824-1907), realized that these gadgets – which were all, by the way, analog devices, like slide rules – held the seeds of much more powerful machines. Lord Kelvin had an extraordinarily wide range of scientific interests; he made important contributions to almost every branch of physics and is best remembered today as the creator of the Kelvin temperature scale, which is widely used in science. In the early 1860s, his older brother, James, who was also a distinguished scientist, invented a planimeter with a so-called disc, globe, and cylinder integrator that could measure the area delineated on paper by a simple irregular curve. It occurred to Lord Kelvin, who was interested in the mathematical problems associated with tides an important concern in an island nation like Britain – that his brother’s invention could be put to other uses, and he built three special-purpose calculating machines based on it.

One was a tide gauge, which recorded the height of sea level by a curve traced on paper. The other was a tidal harmonic analyzer, which broke down complex harmonic, or repeating, waves into the simpler waves that made them up. (By analogy, a harmonic musical note is composed of simple tones vibrating in unison.) And the third, and most impressive of the lot, was a tide predictor that could calculate the time and height of the ebb and flood tides for any day of the year. Kelvin, who also had a talent for words, wrote that the harmonic analyzer substituted “brass for brain in the great mechanical labour of calculating the elementary constituents of the whole tidal rise and fall” – a description that also suits the tide predictor. 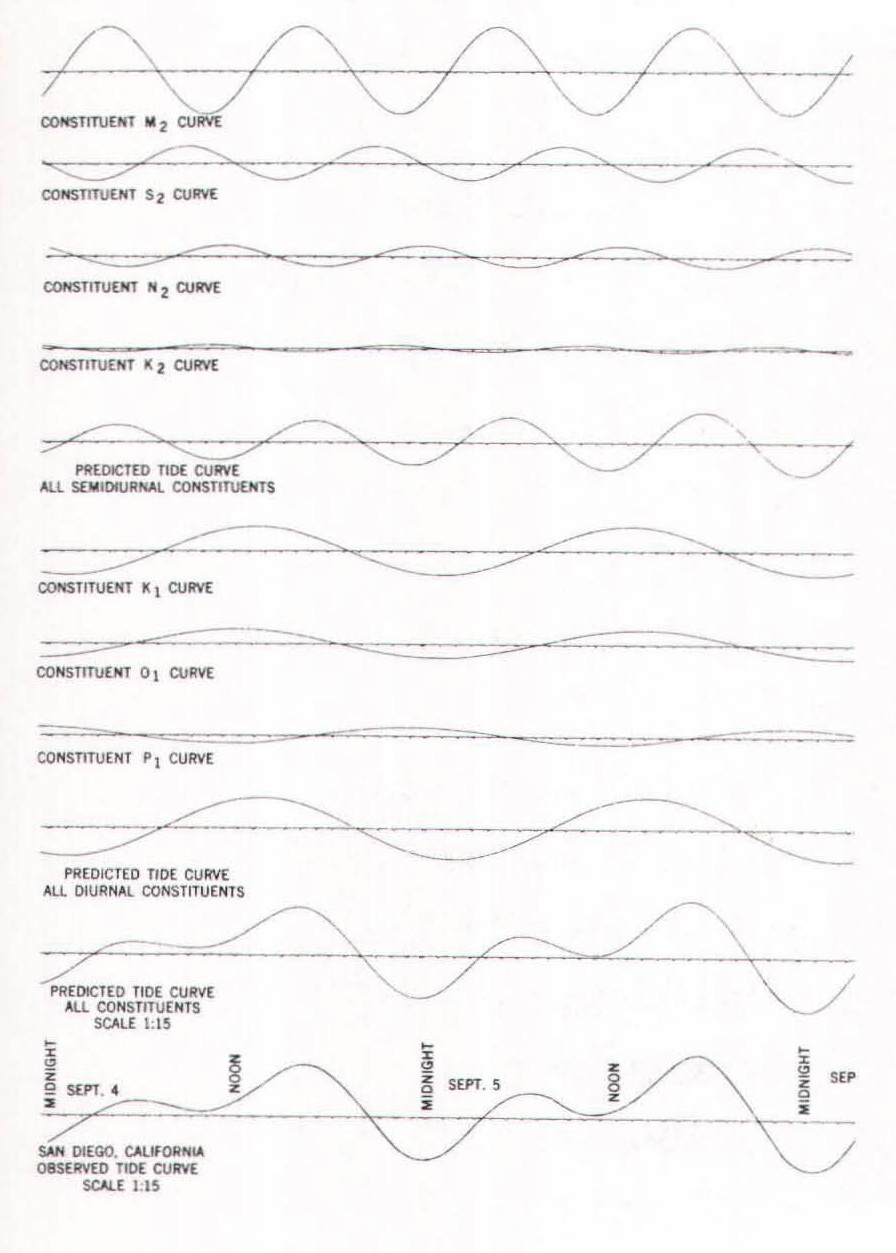 As a result of this work, Kelvin realized that a full-fledged “differential analyzer,” capable of solving complicated differential equations graphically, was theoretically possible, and he outlined the idea in a remarkable paper published in the Proceedings of the Royal Society in 1876. Unfortunately, the technology of the time wasn’t up to the job, and it wasn’t until 1930 that a differential analyzer was built – by an engineer who claimed that he hadn’t read Kelvin’s paper until “a long time” after he had built his analyzer. (And we have little choice but to accept that claim, even though Kelvin’s paper was quite well known among engineers and scientists.)

The inventor was Vannevar Bush (1890-1974), a no-nonsense, straight-talking engineering professor at MIT. Bush, who became famous in the 1940s as the director of America’s wartime research and development efforts, was up to his ears with differential equations related to electric power networks. “I was trying to solve some of the problems of electric circuitry,” he wrote in his autobiography, Pieces of the Action,

such as the ones connected with failures and blackouts in power networks, and I was thoroughly stuck because I could not solve the tough equations the investigation led to. Ralph Booth [an electrical engineer] and I managed to solve one problem, on the stability of a proposed transmission line. but solving it took months of making and manipulating charts and graphs. Incidentally, the study showed that the line would be unstable, and this result caused quite a commotion, for the line had been designed by the engineers of the great electrical manufacturing companies. But better ways of analyzing were certainly needed.

In 1927, Bush and his associates in MIT’s Electrical Engineering Department embarked on a program to build a differential analyzer. Three years later, the first big machine was in operation. It was composed of six Thomson integrators and an equal number of electric motors, with scores of metal shafts that linked the integrators together and relayed their rotating motions, proportioned to the given variables, to an output table that displayed the results; the machine was programmed by entering the data through three so-called input tables and by rearranging the shafts and gears, a job that often took two days. The analyzer resembled a giant Erector Set – it wasn’t a very elegant machine – but it worked quite well, generating solutions that were inaccurate by no more than 2 percent, about the best that could be expected from an analog calculator.

Bush’s analyzer was quite influential, an impressive demonstration of the computational power of machines. Seven or eight copies of the device were built in the United States, Great Britain, and other countries, chiefly at universities, and Bush went on to build a much faster and larger electromechanical version, using vacuum tubes, in the 1940s. But he and his colleagues were barking up the wrong tree. The very nature of analog devices makes them ill-suited for accurate, versatile computing, and, although special-purpose analog calculators continued to be built, the future belonged to electronic digital computers.